The Sundance film, “Blanco de Verano,” (or “Summer White” in English) follows a teenage boy who starts acting out once his mother brings home a boyfriend who disrupts their lives.

You don’t know what Rodrigo initially thinks of Fernando, but you can tell he isn’t pleased that he is not getting as much attention from his mom. And I can sympathize with Rodrigo in a sense. As a child whose parents were never married, it would sometimes be weird or awkward whenever one of them brought home a boyfriend or girlfriend. And occasionally, I find myself thinking back to when it was just the two of us, and wish that life could go back to simpler times. 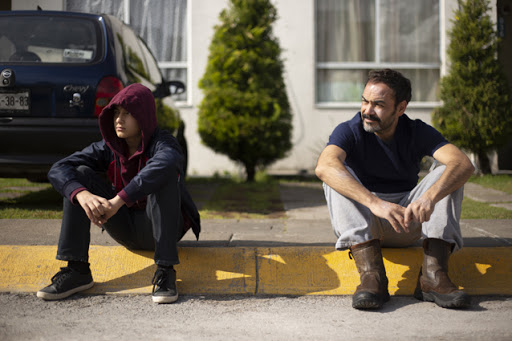 The beginning of the film shows that Rodrigo (Adrián Rossi) and his mother, Valeria (Sophie Alexander-Katz), have a close relationship. But it seems that they are a bit too close in their relationship, which has some Oedipal undertones. Rodrigo and his mom share a bad smoking habit, sometimes sleep in the same bed together, and don’t mind being shirtless around one another.

Rodrigo is a lonely kid. It’s clear that he does not have anyone else in life that he cherishes like his mother. He does not talk to his father and is never seen hanging out with friends or kids his own age. He skips school whenever he likes and prefers to hang around in a junkyard as a home away from home. Similarly, Valeria is also lonely; she does not have any friends and spends most of her time doting on her son.

Enter the boyfriend. When Fernando (Fabián Corres) starts dating Valeria, he knows that with her comes Rodrigo too. And while you can tell that Fernando is a bit awkward around Rodrigo at first, he’s ultimately a nice man who means well and makes Valeria happy.

As a whole, the film is quiet and slow burning, and that can get a bit tedious at times, especially since it’s full of teenage angst. Rodrigo is stoic whenever something bothers him. But when he escapes to his junkyard safe haven, he is free to express himself, mainly through smashing things and committing acts of arson. However, as Fernando gets more involved in their day-to-day lives, Rodrigo can no longer hide his frustrations and starts acts out directly against him, which also compromises his relationship with his mother.

As the two ‘alpha’ males of the film, Rodrigo and Fernando show hostility in different ways. Rossi is simmering in it and only explodes on the rare occasions where he can no longer contain himself. Fernando initially tries to bond with him, but he is a bit short-tempered and gets more so when Rodrigo’s ploys against him grow worse. But he doesn’t really directly confront Rodrigo, he rather have his mother do it. And while Valeria grows more frustrated and harsh on her son when he acts out, she never properly disciplines him, which is dangerous since his actions can be both alarming and unsettling.

I have seen a couple of Spanish language films in my time and this one stands out as one of the more intimate Spanish films I’ve seen. Director and co-writer, Rodrigo Ruiz Patterson, does an excellent job in his directorial debut at analyzing a type of unyielding anger and toxic masculinity that I’m sure some boys can be prone to, especially if they believe they are supposed to fulfill the role of ‘man’ of the house. The intimacy of the film comes from Rodrigo, who is somehow involved in every shot, whether it’s a close-up on his blank face, seeing what he is spying on or hearing his breathing get heavier as he starts losing his cool. The intimacy leads the viewer to understand his feelings, but don’t result in condoning his behavior.

Ultimately I’d say “Blanco de verano” is a very indie film that can be a bit slow, but it serves as a compelling coming-of-age character study. The character and power dynamics between our three main characters constantly shift as Valeria and Fernando’s relationship gets more intimate, with Rodrigo acting as a symbol for how destructive anger can be if you let it consume you. For me, the characters are what make a film and if Patterson delivers more films that focus on complex, troubled characters, I’d definitely seek it out.

Support our writers by buying us a coffee on Ko-Fi!

Isabelle is a film critic who was born and raised in Dallas. She graduated with a BA in Media Arts with a minor in Spanish at the University of North Texas. To Isabelle, nothing can beat going to the movie theater, it’s her home away from home. And as a lover of all things TV and movies, she runs her own review blog at http://isabellereviewsmovies.com as well as contributes to http://irishfilmcritic.com and http://shuffleonline.net.